Why Dr. Suzanne Soliman Is So Much More Than A Pharmacist

When it comes to serving others, Dr. Suzanne Rabi Soliman is world class. As a pharmacist, she helps patients afford their medications by assisting with the development of a pharmacy discount card in partnership with ScriptSquare.. The card is easy to use and is a no nonsense way of ensuring that every person that steps foot in any pharmacy will be able to purchase the medications they need. Oftentimes, the card makes medications even cheaper than insurance copays.

Her life as a pharmacist has taken her away from her family at times. She quickly recognized that many pharmacist mothers across the country likely face the same issues as her. As a result, she created the Pharmacist Moms Group, or PhMG, on Facebook. The group gives members a place to express their concerns, ask questions, celebrate wins together, network, and serves as a valuable professional resource. Dr. Soliman’s hunch was right, as the group quickly amassed 1,000 followers in its first month and now has over 33,000 engaged members. The group is even registered as a 501c3 and is the largest organization of pharmacists in the United States.

When she’s not living out her passion of helping women on PhMG, Dr. Soliman spends time advocating for pharmacy as a profession. She understands how much value she and pharmacists worldwide provide to the healthcare system and has been inspired to tell the story of the pharmacist to the public as a result. She captivates audiences on stages nationwide, presenting on topics like pharmacy, parenting, and women’s health. Her pharmaceutical work both on paper and in person has been recognized immensely.

Dr. Soliman is a recipient of the Rufus. A. Lyman award, given to the best manuscript published in the American Journal of Pharmacy Education. She was also a recipient of the Next Generation Pharmacist Civic Leader Award in 2019. She serves as a medical expert and journal reviewer for Annals of Pharmacotherapy and Currents in Pharmacy Teaching and Learning, and has been featured in countless news outlets including The New York Times and New York Magazine.

While her accomplishments and work as a pharmacist may seem superhuman, Dr. Soliman is humble at heart and not afraid to showcase the imperfect aspects of her life to her followers on social media. One post in particular that received massive engagement was a photo of the backseat of her car where her children sit. The picture revealed how much food and cereal was trapped under the carseats and showed how terrible the leather looked. She wanted to show how everyone faces the same issues as humans and this more vulnerable side of her life helps her paint a realistic portrait of success to her followers.

Dr. Soliman finds it valuable talking about both her failures and successes, because at the end of the day, we are all human and growth only occurs through failure. She believes that continuing down the same path will never bring on growth, but pivoting and facing failure head on will help one grow as both an individual and a professional.

In talking about failures and showcasing the vulnerabilities in her life, Dr. Soliman is able to show anyone following her along her journey that even the most successful people hit roadblocks and have problems to attend to. Influencers and personalities on social media paint a picture of perfection all too often. She’s able to bring light to the authentic, vulnerable aspects of her life as a very successful pharmacist and advocate.

Since Dr. Soliman is so dedicated to serving and providing value to others, she understands the importance of a great team. She’s surrounded by like minded individuals on a daily basis in PhMG and at work. She has plenty of evidence to show that a great team will outperform great people every single time. This is something that she knew when her career first started, but has been an invaluable lesson in helping her grow as a professional and in teaching her that working with others on a high level is critical.

She also wishes she knew how detrimental a “people pleasing” mentality can be to growth. At the end of the day, some people will never trust you regardless of how much value you provide to them, and that is alright. The most important thing is to focus on the relationships that matter, and it’s been a huge key for Dr. Soliman on her journey to greatness. 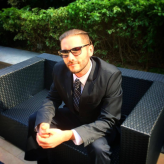 Jason is an author at Total Girl Boss